Thomas sent these cards home. From what I can make out, he was still in England at this point. He speaks of 6 days isolation (I think for mumps prevention), training, jam and butter being expensive and the presence of a great many flying machines. Mostly, however, he speaks of home. All 4 cards are addressed to his brothers and sister… asking about school, the crops and how many rabbits there are about. My grandfather (Thomas and Rupert's brother) was obviously very young at the time… Thomas asks if he has learnt to milk yet and urges him to help on the home front however he can. 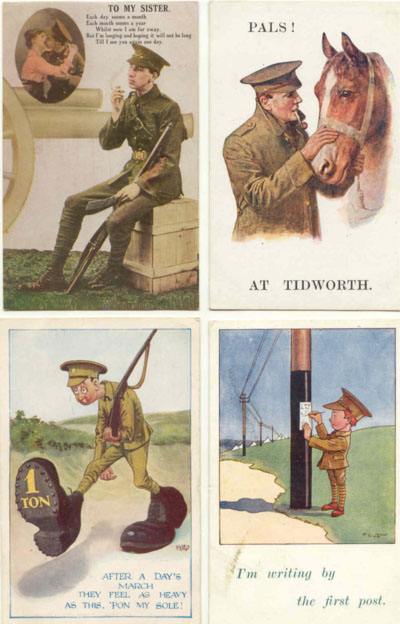 The following were sent home by Rupert… The card at the bottom is an official French photograph from Newspaper Illustrations Ltd. The content of the letters show the difference in Rupert's age. He speaks of the Brigade and Battalian sports they have organised. One card is simply instructions to his Mum, to give his "light boots" to Jack as well as a list of who he has sent cards to. He also mentions how the crops in France are ready to harvest… but the farmers will lose a large proportion, due to the crop's proximity to "the line". The presence of all those extra mouths to feed would have taken a toll on the local community too, I'm sure. What difficult times.
postcard is known as a "silk". Just look at all the work in them!
here, where you can also see more silks. 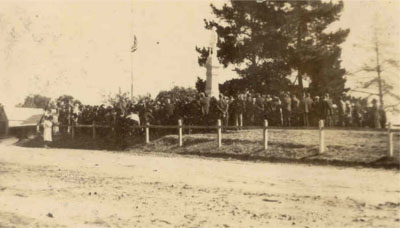 I also want to acknowledge the many wars that have come and gone, since that time… and in fact the wars that still continue. It is a great sacrifice indeed, that our soldiers and their families make. Trying to protect a way of life and bring our world to a point of peace and fair existence.
In remembrance,

« Introducing ~ As Roses Bloom (PART 2)
Coming up roses! ~ A pattern launch and a giveaway… »